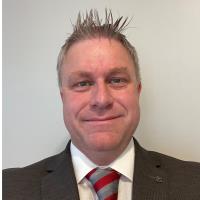 Brad Olson has been named Scout Executive/CEO of Boy Scouts of America's Voyageurs Area Council in Hermantown, Minn., effective May 1, 2022. Brad began his Scouting career in 2000 as a Camping Executive at the Northern Lights Council in Fargo, N.D. He continued his career in the Northern Lights Council serving as the Senior Camping Executive, District Director, and Program Director respectively until 2017. He moved on to become the District Director at the Voyageurs Area Council in Hermantown. Brad is an

Thank you to our Sponsors!

Want to sponsor Chamber News or appear in a Member Spotlight? Contact us today!

Advertise to over 800 business contacts within our network.
Monthly Newsletter Inserts Member-to-Member E-blasts